Montford Park Players Board of Directors

The Montford Park Players are run by a volunteer board of directors, each of whom serve for a 3-year term. The board meets on the second Tuesday of each month at 5:30 PM. Meetings are open to all, with the exception of matters affecting personnel. Organizational documents are available to the public  here . 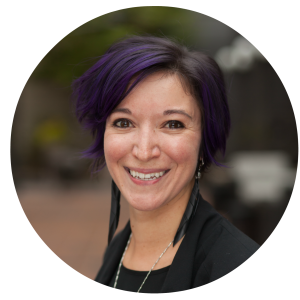 Jessica Frantz (she/her) works as an independent fundraising and organizational development consultant with over 15 years of experience in public media, the arts, community impact and public service sectors. Prior to breaking out into the world of self employment, she worked as the Director of Membership and Operations for the Public Radio Program Directors Association (PRPD), and formerly worked in the development department for Asheville’s NPR station. Jessica is a Certified Fund Raising Executive (CFRE) credentialed by the Association of Fundraising Professionals and holds a Master of Library and Information Science from the University of Illinois at Urbana-Champaign and a Bachelor of Science in Biology and Philosophy from the University of North Carolina at Asheville. She spends her free time hanging out with her 75 pound labradoodle, Max. 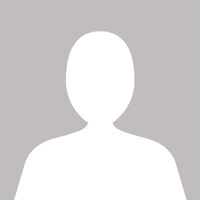 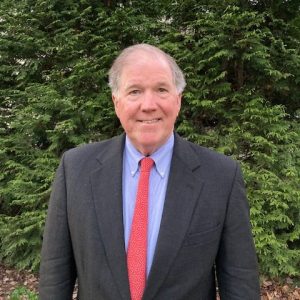 A native of Durham, Charles is a product of the North Carolina public schools and an alumnus of Duke University, where he majored in history. He later received a Master of Business Administration degree from the University of North Carolina at Chapel Hill, and embarked on a banking career, which took him to Georgia and Florida before returning to North Carolina 13 years ago, still in banking. Charles and his wife, Winslow, found Montford Park Players during their move to Asheville, fell in love with the experience and the community, and have been active attendees and supporters ever since.

Charles enjoys hikes and long walks with Winslow and his participation in the Asheville Debate Society and an active history book club. He also serves as treasurer of the Border Memorial Folkmoot Foundation and the Haywood Community College Foundation. 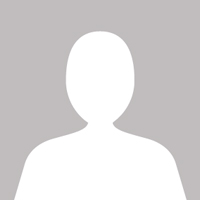 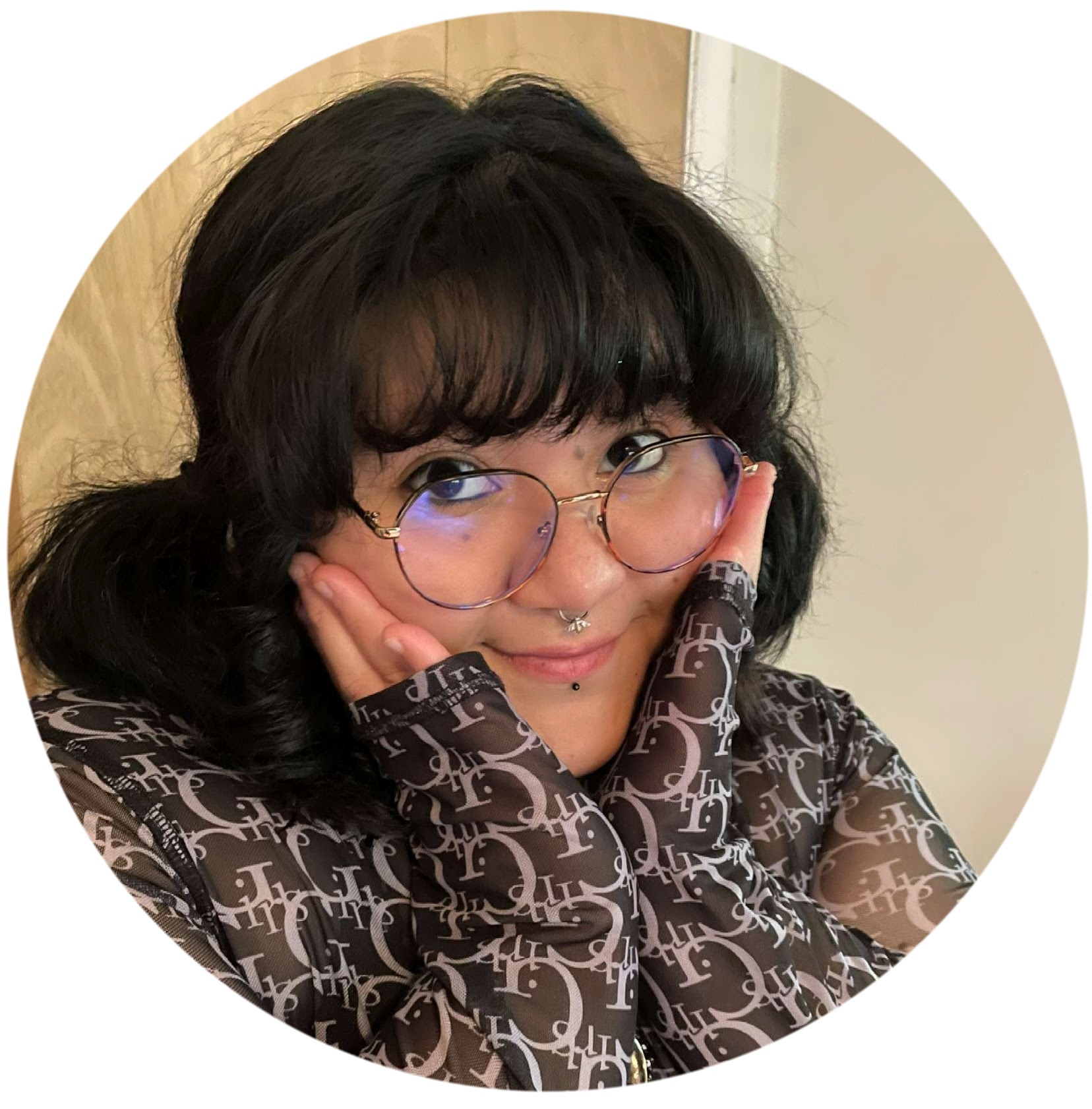 Kris Hernandez was born and raised in Ozona, Texas and became interested in Theatre when they first performed in  A Midsummer Night’s Dream in middle school. They moved to Asheville to attend college, graduating from Warren Wilson College in December of 2019 with a B.F.A. in English, with a concentration in Theatre. Since graduating, Kris has been employed at Warren Wilson College as the theatre department’s Technical Director/Production Manager. They enjoy Russian literature, arthouse cinema, and jazz music. In addition to being involved with theatre, Kris spends their time napping, laughing, reading, and writing poetry, with publications in  Celestite Poetry, Contrarium Mag and Eclipse Lit . 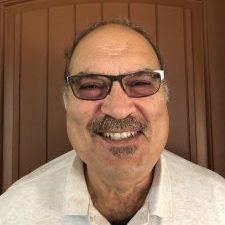 Stan Ingber (he/him), a retired law professor, has taught and written in the fields of constitutional law, criminal law, and legal philosophy for more than 43 years at 10 schools in the United States, Canada and Europe. He has also served on numerous American Bar Association and government commissions dealing with criminal justice and anti-discrimination. In addition to his many years performing before crowds of often enthralled law students, Stan has also enjoyed the stage lights as a litigator, a storyteller, an actor (community theater), and the legal consultant for The Hippodrome Theater, a professional regional theater in Gainesville, Florida. He thanks the Montford Park Players for again affording him a role to play in the theatrical community. 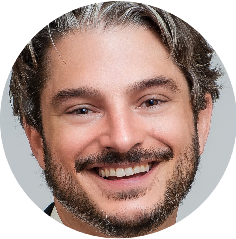 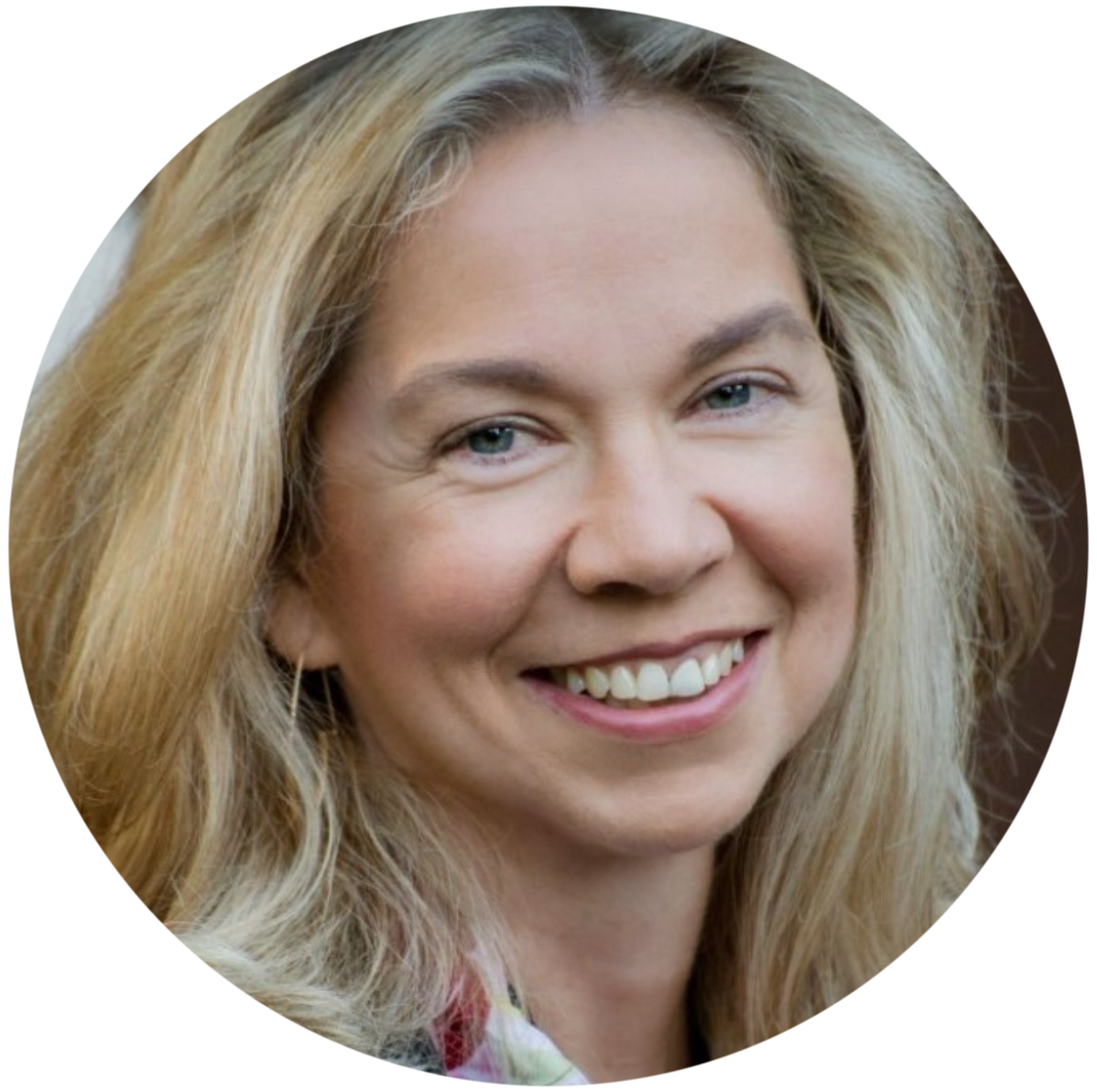 Honor Moor (she/her) started out her career as a board certified k-12 art teacher but quickly transitioned to follow her dreams in acting in both Seattle and Manhattan. She was a member of a Southern Repertory Theatre & performed in countless plays and a long standing Off-Broadway musical review. She studied the Sandford Meisner technique with famed, teacher Fred Karaman, in Carnegie Hall Studios. After years of acting, Honor left the circus and worked for two New York Cancer Foundations in development where she learned to fundraise, create events and write grants. Moor moved back to her hometown of Asheville in 1998 and raised two kids and continued to act, direct and teach theatre while also being the Executive Director for Junior Achievement WNC, Asheville Parks and Greenways Foundation and was in charge of development for the Altamont Theatre. She was a six year member of the Junior League of Asheville and board member of the NC Arboretum, Jewish Community Center, Asheville City Schools Foundation, Asheville Community Theatre, Asheville High School PTO and AHS Speech & Debate Executive Committee. Moor is currently is serving on the THRIVE board. She is delighted to be writing plays and has had five of them produced locally at the Magnetic Theatre and Montford Park Players. 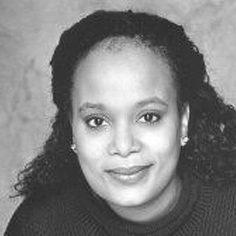 Candace Taylor (she/her) is an actress, teacher, vocal coach and director who has taught Acting and Voice and Speech classes at a number of prominent universities around the country. She is presently Chair and Artistic Director of the Theatre Department at Warren Wilson College in Asheville, NC. She has worked as an actress with the Acting Company, the Public Theatre, American Players Theatre, Pioneer Theatre Company, Indiana Repertory Theatre, Clarence Brown Theatre, Shakespeare Festival of Dallas, Colorado Shakespeare Festival, North Carolina Stage Company and Milwaukee Shakespeare, to name a few. Candace, trained in the classics, has directed a whole lot of Shakespeare, and most recently, has been helming contemporary prizewinning authors. As a vocal coach, she has worked with Arena Stage in Washington, DC, and with Indiana Repertory Theatre, where she was the dialect coach for a production of Intimate Apparel, starring Viola Davis. Most recently, Candace has been teaching in the Swannanoa Women’s Correctional Center through the Inside/Out program out of Temple University and has developed a new theatre course called Performing Social Justice. She has been elected to and served in Warren Wilson College’s shared governance Forum for four years, helping to create new policy for the College. She was elected to be a member of the Board of Trustees of the College, representing the interests of faculty. Candace has a BS in Theatre from Northwestern University, an MFA in Acting from the Professional Theatre Training Program at the University of Delaware, and is a certified instructor of Fitzmaurice Voicework. 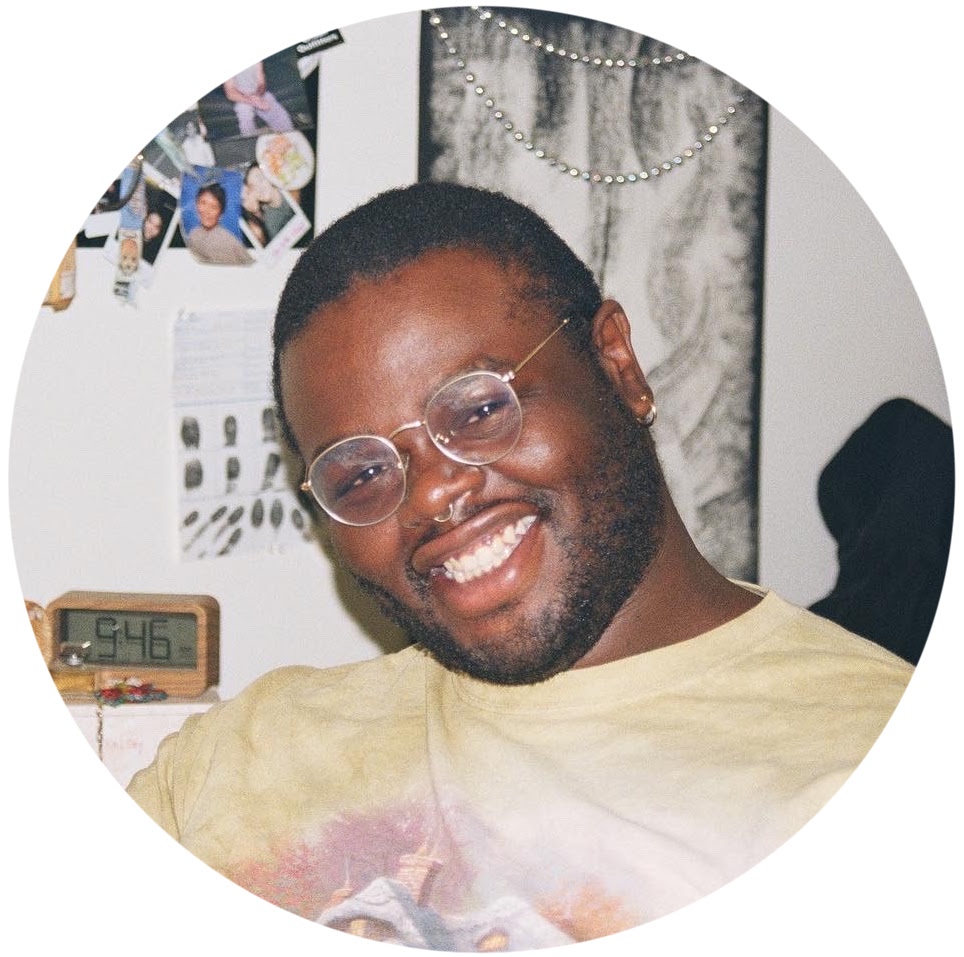 Spike Thompson (she/they) was born and raised in Fort Pierce, Florida and became interested in Theatre when they performed in an elementary school written production of Santa Claus trying to save Christmas. They graduated Warren Wilson College in December 2021 with a degree in Creative Writing, concentration in Poetry. Since graduating, Spike has been employed at Youth OUTright as Programs Manager, recently after 2 1/2 years transitioning into a board member position. They are very interested in singing, reading, and a new hobby and skill: dj’ing, and in addition to Theatre, spends time doing different community projects that create spaces of interconnectedness. 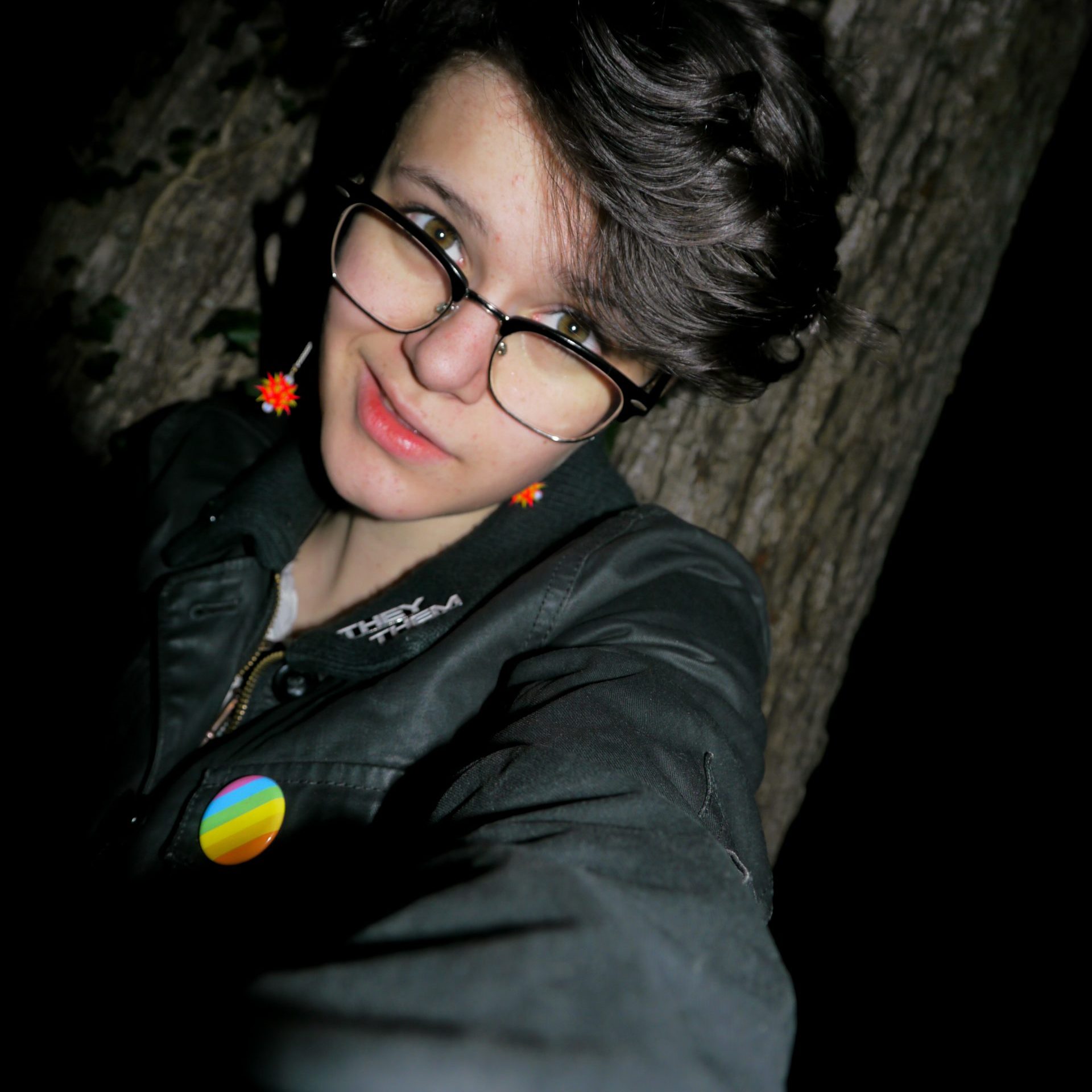 Eli Hamilton is a highschool student who has been acting their entire life. They have lived in Asheville forever, and have been participating in youth Shakespeare and other theatre productions for eight years. Eli has worked with Anam Cara theater company, the Montford Park Players, The Montford Moppets, Mouse House Productions, and backstage at ACT. They also enjoy film production and screen acting. Eli loves making music and writing, and if their theater dreams fall to pieces, they plan on pursuing a musical career. They always look forward to seeing and performing in MPP productions, and are thrilled they get to be part of the workings of the theater. 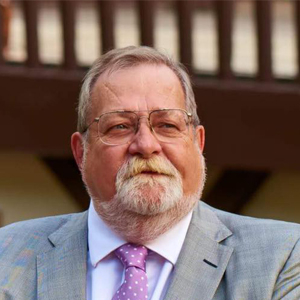 Executive Director John Russell became the first employee and Executive Director of Montford Park Players in 2006. He has been instrumental in growing the audience and enhancing the audience experience since his arrival. He was appointed to the Board of Directors of the North Carolina Arts Council in July 2017 by Governor Roy Cooper. He currently also serves on the North Carolina Governor’s School Foundation Board as Vice President and Chief Fundraising Officer, and also as a member of the Theatre Consulting Group for SETC.
In 2018 the Institute of Outdoor Theatre recognized Russell with the Mark R. Sumner Award, a national award exemplifying the highest standards of American outdoor drama. The Sumner Award recognizes significant contributions by an individual to a specific drama, or to the outdoor drama movement. Recipients have played a major role in the production of a specific outdoor drama or they have made a noteworthy impact on outdoor theatre.

Assistant to the Executive Director