“We are about to visit the most marvelous places and see the most wonderful things. Isn’t that so, Centipede?”

James and the Giant Peach
Directed by Art Moore

The wonderful story of young James and his whimsical playfellows crossing the ocean on a giant peach … in pursuit of a new and better life.

Bring a picnic and join James as he embarks upon this unforgettable adventure. You’re in for a delightful evening. And as always — IT’S COMPLETELY FREE! 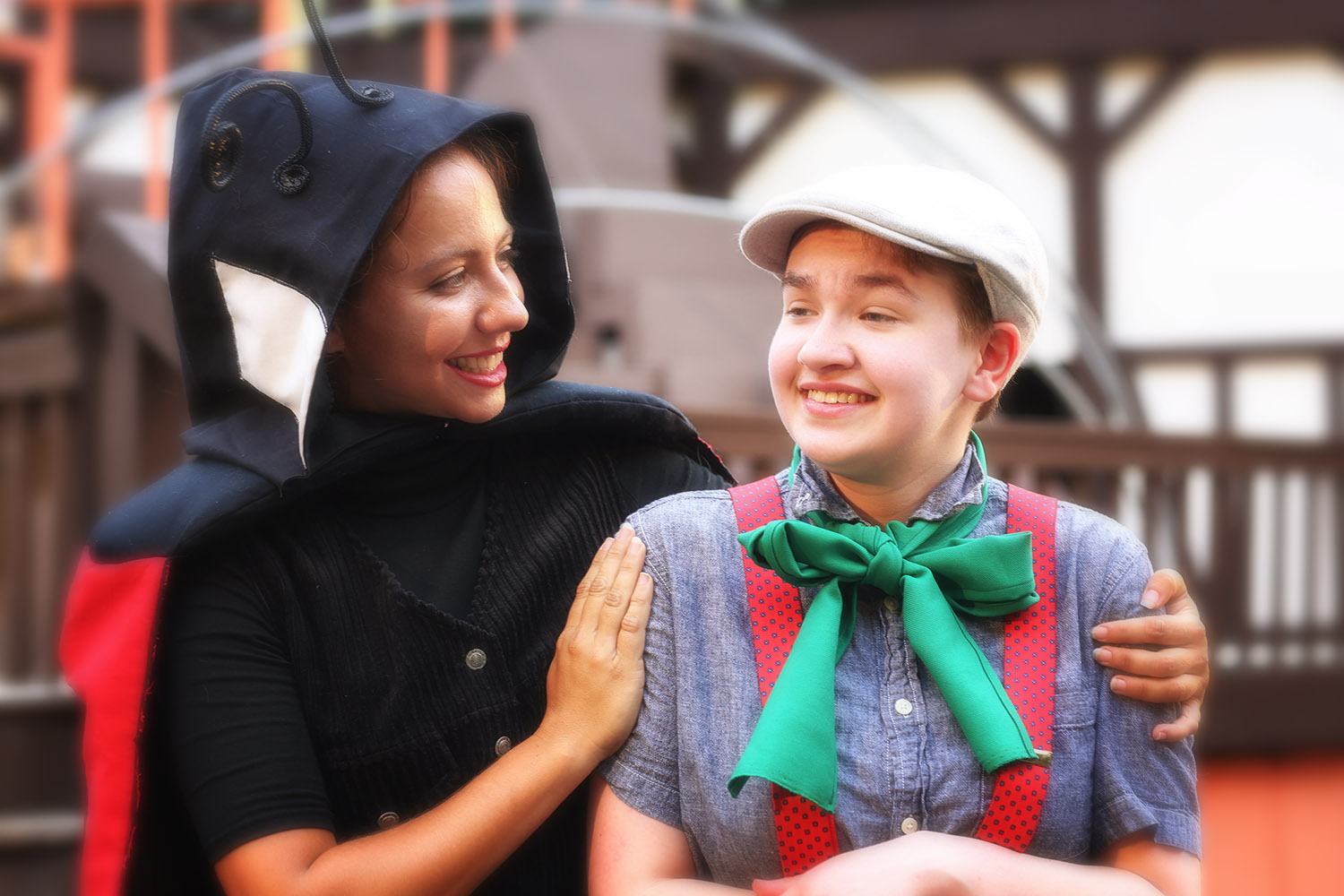 A Word from the Director:

James and the Giant Peach was Roald Dahl’s first children’s novel. He began writing James in the winter of 1960 when tragically his 3-month-old son, Theo, was struck in his stroller by a taxicab while out with his nanny.

Over the next few months Theo had to have intensive brain surgeries because he suffered near fatal head injuries in the accident. It was during this winter that Dahl finished writing James and the Giant Peach.

Dahl would use his time writing as an escape from the pain and hardship he was experiencing. About this time Dahl writes,

“When you are writing fantasy, which is a very different thing from writing fiction, you must be able, the moment you pick up the pencil, to shut out all normal surroundings and go flying away to a magic world where everything is enchanting and fantastic. You must lose sight of the room you are sitting in and you must become deaf to all noises outside your window. Quite honestly, you must go into a sort of trance. (That’s why you never think about the story you are working on except when you are at your desk and the dream-world is upon you.)”

Our production envisions James’s fantastic journey as a trip deep into his imagination. The events of his adventure and the characters he meets will be built from items found in a child’s playroom, a playroom that James might have had when his parents were still alive. Toys that James had as an infant will become large and living playmates for a lost and lonely boy living in an abusive household.

The actors range from 0 to 50 years of stage experience delivering true community theatre at its best.

I hope that through this production you see what community theatre is at its center: regular people putting their inhibitions aside in an effort to escape and transcend the norms and rigors of everyday life. And so, I invite you to join this amazing cast … forget the world around you, forget your drive here, forget all your troubles … and escape with James into a world of pure imagination.

Join Us for the Show!
Every Friday, Saturday, and Sunday from August 10th – September 1st
Click Here to Reserve Your Seats!