Slapstick and farce abound in one of the Bard’s early plays. See where he honed his penchant for puns, word play and mistaken identities.

Considered the author’s greatest work and one of the best plays of Classical Literature. This one is going to be a “can’t miss!”

The Sword in the Stone, by Shaan Sharma – A North Carolina Premiere! – June 26-July 25 – Sponsored by White Duck Taco Shop! 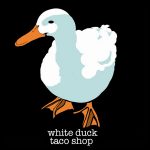 The Arthurian legend begins right here, with some family-friendly adventure to get you and the kids through midsummer.

Politics and romance collide with Rome’s greatest general and the Queen of Egypt herself. The first production of the year for MPP’s brilliant teenagers!

Another by Montford’s teen wing. A shipwreck leads a motley crew to an island filled with magic and mystery.

This rarely presented work gets the MPP treatment on the mainstage. If you’re looking to complete the canon, you’ve got to check this one off the list.

Macbeth, by W. Shakespeare – September 4-26 Sponsored by The Matt and Molly Team!

One of the most-popular plays ever written, this classic tale of murder and madness appears just in time for students to ask their English teachers for some extra credit.

The Moppets close their summer season with this dark and brooding history of one of England’s most treacherous kings.

An action-adventure/horror sequel to William Shakespeare’s HAMLET. Set five years after the events of the original, the undead have risen to power and are trying to take over the world, led by the zombie lord and true king of Denmark.

Hosted by Purplecat.net
Do NOT follow this link or you will be banned from the site!