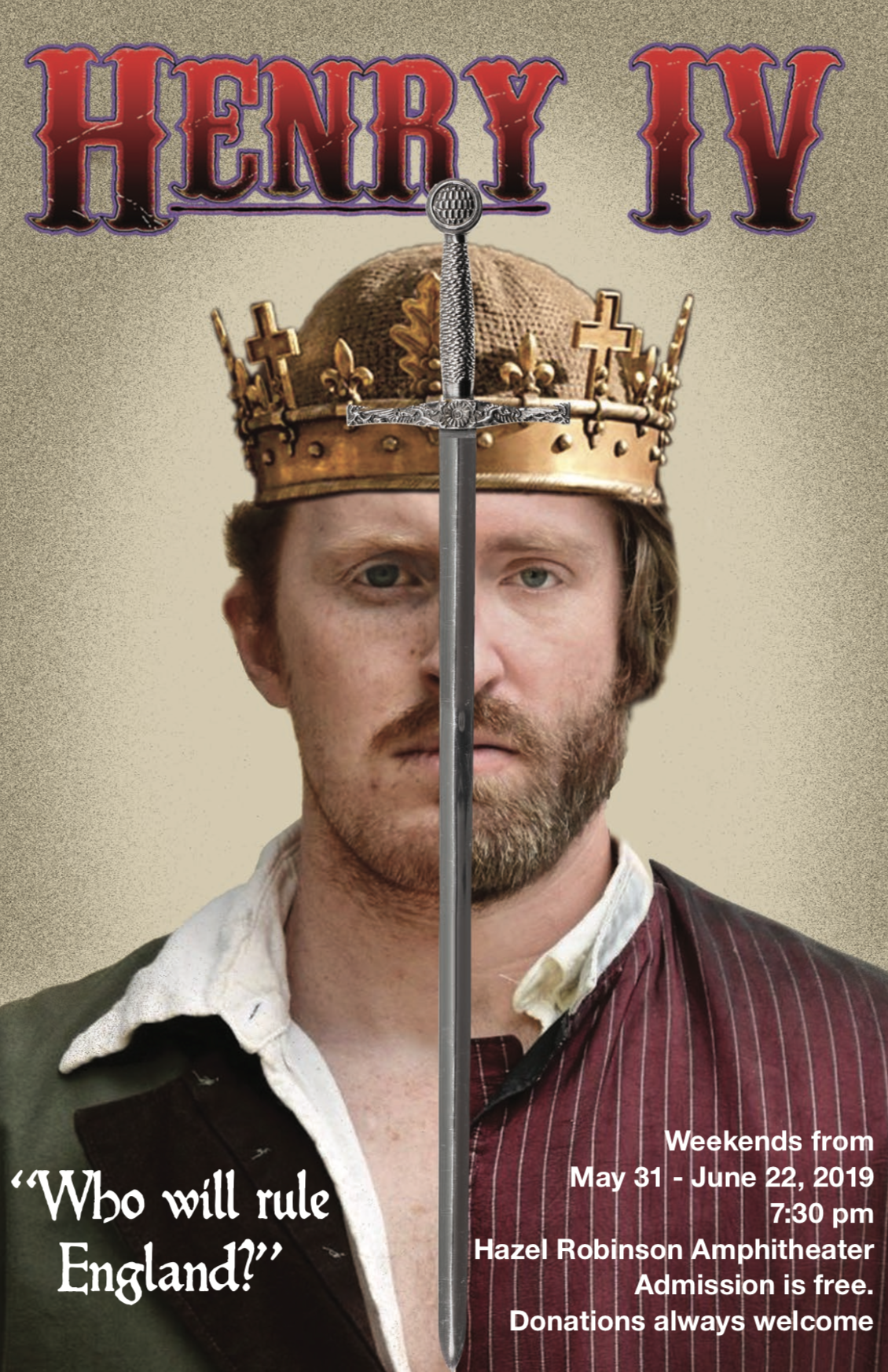 “These signs have mark’d me extraordinary; And all the courses of my life do show I am not in the roll of common men.” ― Henry IV, Part 1

Razor sharp wits and swords cross in this crowd-pleasing gem from Shakespeare’s canon. ‘Heir Apparent” Prince Henry neglects his royal duties to party with tavern ne’er-do-wells, whose leader, the larger than life drunkard, Sir John Falstaff, takes “Hal” under his amoral wing. Meanwhile, rebel leader young Harry Percy, “the Hotspur of the North” acts more like the true prince as he gathers forces to challenge King Henry IV’s army in battle. Do you like laughter, action, and political intrigue? Come see Henry IV and Party like it’s 1399!

Playing Outdoors at the Hazel Robinson Amphitheater
Every Friday, Saturday, and Sunday evening at 7:30 pm
May 31st – June 22nd, 2019

Bring a picnic (or grab food and drinks at the show), and settle in for an unforgettable evening!

And remember, as always — performances with the Montford Park Players are COMPLETELY FREE!

Join Us for the Show!
Every Friday, Saturday, and Sunday May 31st – June 22nd
Click Here to Reserve Your Seats!