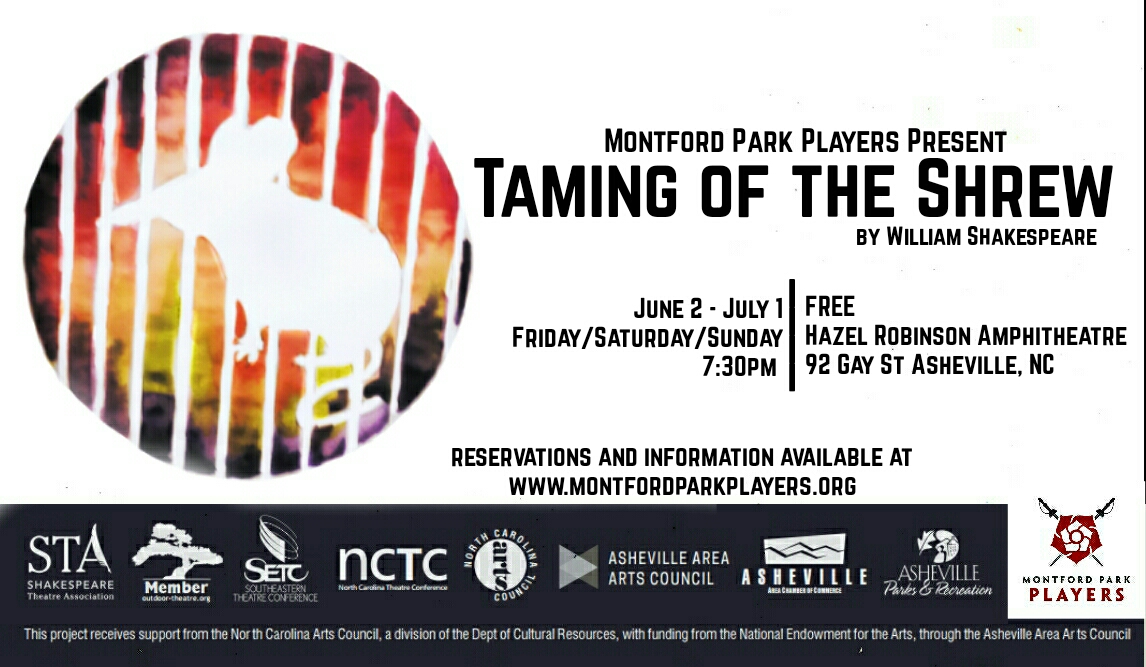 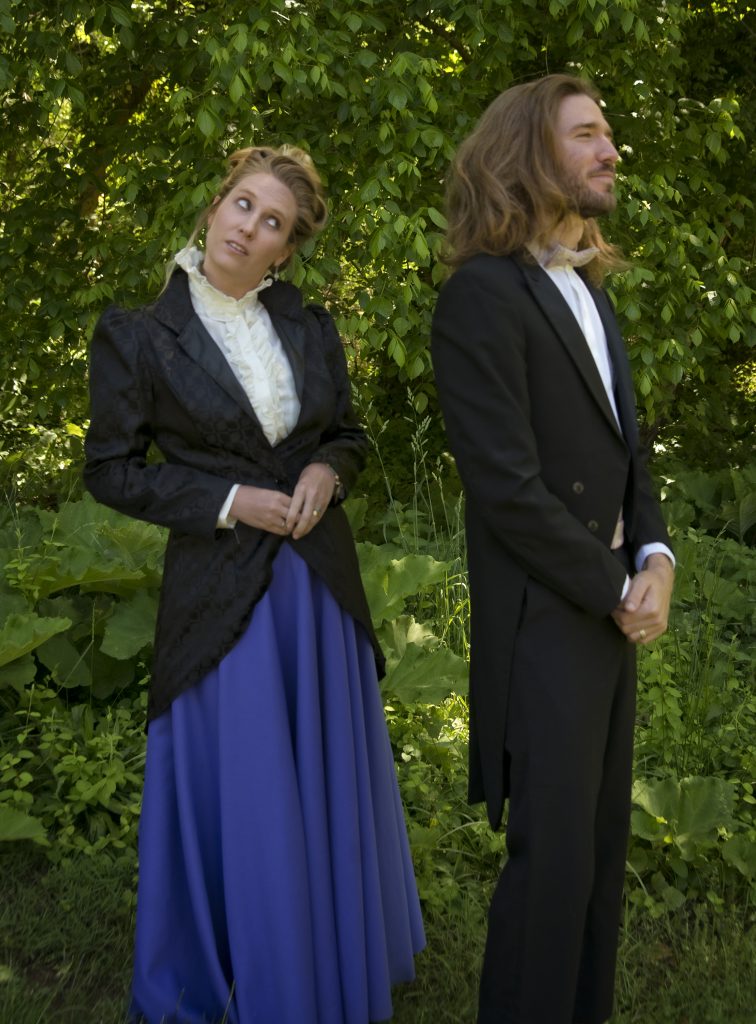 Montford Park Players, an Asheville theatrical tradition, is proud to announce the return of an audience favorite, The Taming of the Shrew. All performances will be held at the Hazel Robinson Amphitheatre at 92 Gay Street in the heart of Asheville’s historic Montford District, from June 2nd through July 1st on Friday, Saturday and Sunday evenings at 7:30pm. This performance like ALL of Montford Park Players’ shows will be absolutely FREE to attend.

One of Shakespeare’s most-beloved comedies (and one of Montford’s most popular, whenever it’s performed) The Taming of the Shrew revolves around Kate, the shrew of the title, and her ability to ward of potential suitors. That is, until Petruchio arrives in town and takes a bet to woo and marry her. One of literature’s greatest battle of the sexes ensues leaving the audience wondering who will come out on top: Kate, Petruchio, or love itself.

Since it was first performed in London in 1594, it has remained one of theater’s most-produced plays. It was beloved then by both regular theater patrons and the Cort of Queen Elizabeth, and has since been performed by some of the most-respected actors of that and this time, as well as being recreated as a musical in the form of Kiss Me, Kate and even adapted into a teen comedy film in the form of 10 Things I Hate About You.

Director Grace Siplon says of the play, “Many people think this is a show about submission, but I see it as a being about love’s strange ability to change you, and if you really look at it, you’ll find that Kate isn’t the one being tamed.” Ms. Siplon also sets the show in a Vaudevillian club circa 1890 to allow for some song-and-dance numbers.

As an added draw, Taming features Montford stalwarts, and real-life couple, Trinity Smith-Keel and Scott Keel (Montford Park Players’ Artistic Director) in the starring roles as Kate and Petruchio, respectively. Ms. Smith-Keel says of the experience “I’m really excited to play this role! I like to think I’m a different sort of Kate. And getting to play this character opposite your life partner is strangely exhilarating.”

Montford Park Players produced The Taming of the Shrew only three years ago, yet, in audience polls, it remains one of the most-requested plays to bring back again and again. This 45th summer of bringing free Shakespeare in the Park to Asheville audiences seems the perfect time to please those eager crowds.

The Taming of the Shrew also stars some faces familiar on the Amphitheatre stage, including Sonia D’Andrea, Kevin Norris, Devyn Ray and David Mycoff.

Montford Park Players, has been presenting Shakespeare and other classical works to the Asheville community since 1973, and has since grown to be one of Western North Carolina’s most beloved and well-known cultural attractions.